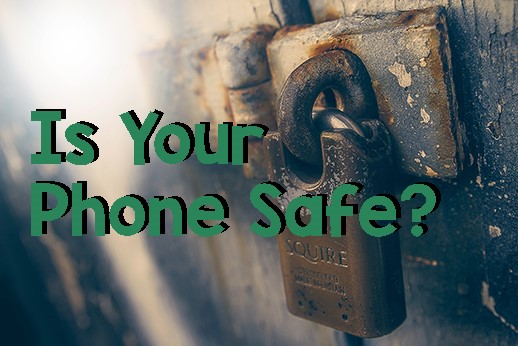 When it comes to smartphones, privacy is extremely important. Yet, millions of smartphones remain open to an attack. One recent study has shown just how easy it is to break into a pattern code as opposed to a six-digit PIN.

Security researchers at the US Naval Academy and the University of Maryland Baltimore County published a study showing a casual observer can visually pick up and then replicate an Android unlock pattern without much difficulty.

From the tests, they discovered that six-point Android unlock patterns can be recreated by about two out of three observers who see it performed from five to six feet away after only seeing it once! Recreating a six-digit PIN, proved surprisingly difficult compared to the unlock pattern, where on average, only one in ten observers could reproduce it after one look.

The Android unlock pattern is memorable for human brains, says Naval Academy professor Adam Aviv. "Patterns are really nice in memorability, but it’s the same as asking people to recall a glyph," says Aviv, who will present this research at the Annual Computer Security Applications Conference. "Patterns are definitely less secure than PINs."

If you are attached to your pattern code, there is some good news. By turning off the "feedback" lines that trace your finger's path, you significantly reduce the potential risk of snooping eyes. Only 35% of test subjects could identify a pattern without those lines.