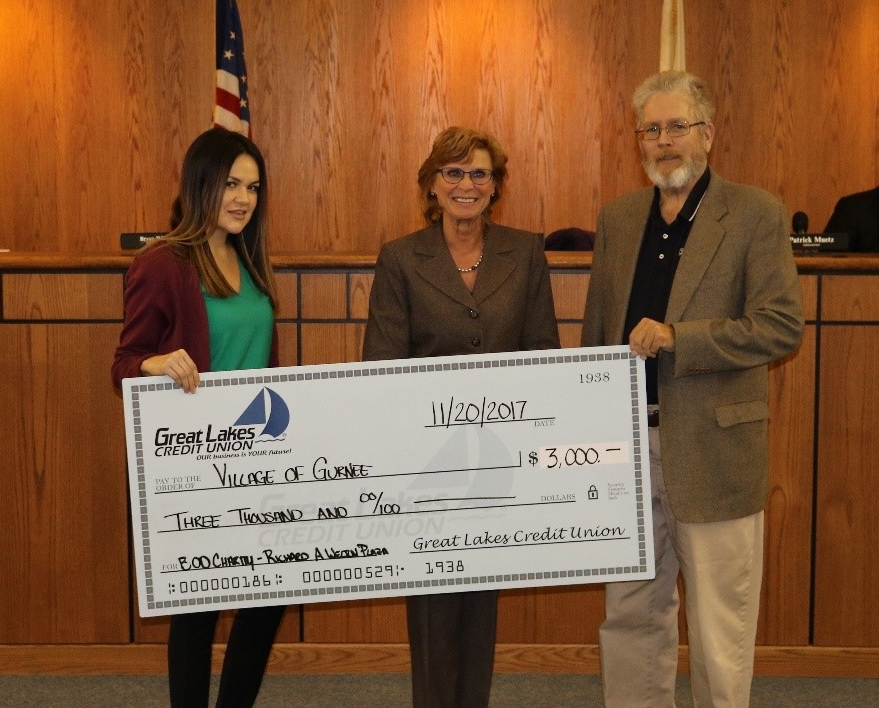 In support of Great Lakes Credit Union’s (GLCU) initiative to give back to its communities, on November 20, GLCU Board Member, Stephen Park, and Gurnee Branch Manager, Erica Carrillo contributed $3,000 to Gurnee to rebuild the Richard A. Welton Plaza in Gurnee.

GLCU is proud to support the communities in which its members live. For the second year in a row, GLCU’s Board of Directors adopted an extraordinary plan to give back to its neighbors; Branch Managers of each GLCU location work closely with Board Members to support local and charitable causes.

The Richard A. Welton Plaza is a memorial dedicated to Mayor Welton’s accomplishments while in office. The plaza was damaged during the floods this past summer. The funds will help to restore the one-acre site.

Throughout 2017, GLCU will continue to donate to organizations that are making a positive impact.